Responding to a Need

St. Patrick’s Haven has provided for the needs of homeless men in the City of Erie since it was founded in 1984 as an outreach of Saint Patrick Parish. In the mid-1990s, it became a sponsored ministry of the Sisters of St. Joseph of Northwestern Pennsylvania.

Unlike other shelters who turn away men who are visibly intoxicated or under the influence, St. Patrick Haven welcomes them as long as there is no trouble and no alcohol or other substances are brought in to the shelter.

Our Mission
St. Patrick’s Haven offers a ministry of presence and provides a place of welcome, nightly refuge, food, comfort and friendship for homeless men in the area.

After 30 years of serving homeless men, St. Patrick’s Haven was in need of a new home. Plans to open a new Saint Patrick’s Haven began after the ministry was selected as the beneficiary of proceeds from the 2014 Roar on the Shore Motorcycle Rally, an annual charitable event which was then sponsored by the Manufacturer & Business Association. Saint Patrick’s Haven received $50,000 from the event in addition to three vacant lots donated by Erie businessman, Rick Griffith.  A successful fundraising campaign was launched to secure the additional funds needed. 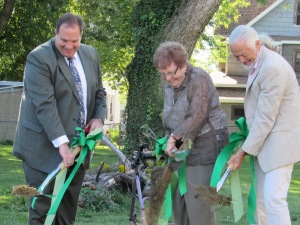 A year after breaking ground, construction was complete for the new home of St. Patrick’s Haven. The first guests were welcomed into the new facility on November 17, 2017.  Saint Patrick’s Haven can now accommodate 24 men each night. 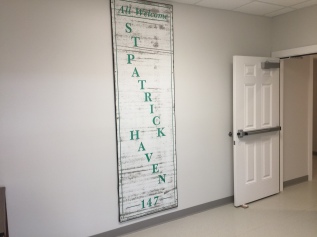